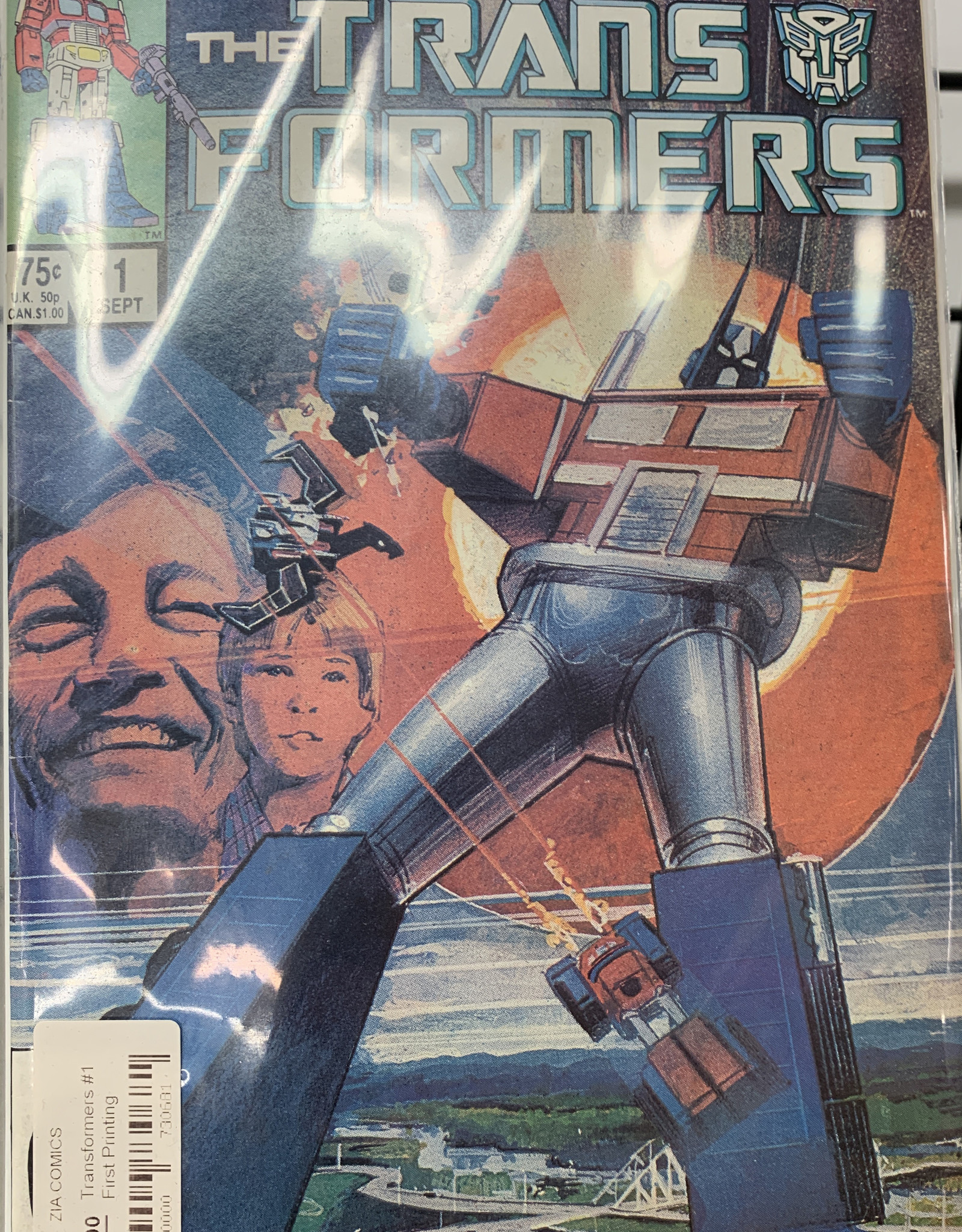 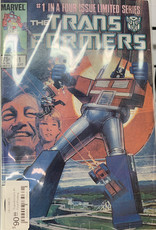 "The Transformers!" Part 1 of 4. Story by Bill Mantlo and Ralph Macchio. Pencils by Frank Springer. Inks by Kim DeMulder. Based on the extremely popular toyline and cartoon from the early eighties. For centuries, deep in space, on the techno-organic planet of Cybertron, a war has raged. This battle between the benevolent and peace loving Autobots, led by the heroic Optimus Prime, and the malevolent militaristic Decepticons, led by the dangerous Megatron, has now spilled over to the planet Earth. These Robots in Disguise will continue their eternal struggle and mankind is now caught in the middle. NOTE: This series was originally intended to be a four issue limited series. This is a first printing. All 2nd or 3rd printings have a 2nd, 3rd printing notice on inside at bottom of indicia on first/splash page. 2nd printings were done for most issues from #1 to #9. Cover price $0.75.